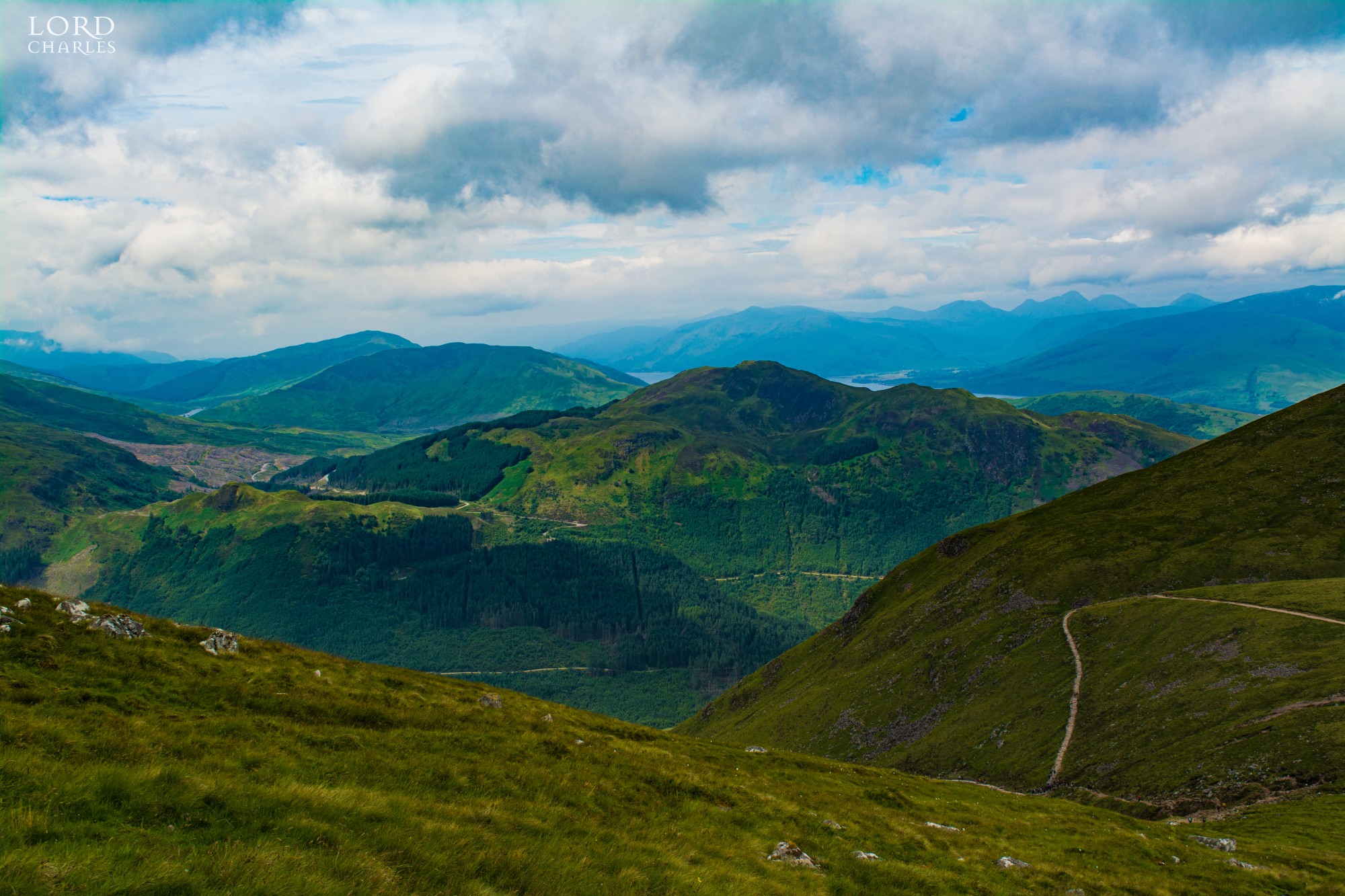 When the name of this part of Great Britain is uttered, you probably imagine a bagpiper and high mountains. Some might think of Highlander, others a Loch Ness monster, and some may think of William Wallace fighting for Scotland’s independence in Braveheart. The northern part of Great Britain has a lot to offer in all respects.

Fresh air permeates my body while a gust of wind leans into it. The gradual ascent to the highest mountain in Scotland, Ben Nevis, gradually becomes an exhausting adventure, full of dangerous places and curves, from which more than one person has fallen. Caution is in order.

You climb with crowds of other people who, like me, want to conquer this mountain. Stops for rest, refreshments and a few photos are needed. The higher you are, the better the view of the surrounding breathtaking landscape. Hills, Mountain lakes, both occupied by groups of adventurers.

Grassy plains and quite groomed paths for tourists turn into an unpleasant pile of rubble, though Fatigue rears its head. Clouds cover the top of the mountain, turning it into awhite haze. The wind intensifies. Ben Nevis is becoming a mysterious and depressing place. I’m entering a haze of clouds and it occurs to me that I am alone . I’m sitting on the side of the road again. I’m resting. I have cookies for energybecause I haven’t eaten anything in the last three hours or so. I rehydrate with water and wonder if it makes sense to climb the section I missed, to climb the mountain.

My pragmatism is waking up in full force. I wonder whether to continue for at least another half hour to the top of the mountain, from which I will not actually see anything, or to save myself the effort and descend to the hotel, which is located in Fort William. The Loch Ness Monster is still waiting for me. So, I vote for the second option.

Drumnadrochit. No, it’s really not a spell from the Harry Potter story. Instead, you can reach te lake from thispicturesque Scottish village,where you will see the dreaded Loch Ness monster. Or not?
You might think that everything around would be monstrous. Loch Ness monster is big too, isn’t it?

So, I’m heading through a small exhibition at the local Lochness Center and watching 4D movies in its cinema about the underwater and maritime world. After seeing it, I go out to explore the village, but I find that there is not much to explore, so I slowly walk about two miles to the castle Urquhart. Or rather, to its ruins.

I’m investigating how to get to the lake;the only way is through the castle. I pay the entrance fee and I miss a long staircase that leads me to a large area located in the ruins. Following the asphalt paths, lined with carefully landscaped lawns, I head for the lake. I’m glad to finally have the chance to see the Loch Ness.

I’m pulling out a camera. What if by chance. That would be a catch. I’m kneeling on a stone shore. I take pictures of a completely calm surface when I am suddenly interrupted by a strange sound. What wa that? I look around. ‘So where is the monster’, I say to myself.

And suddenly, an army plane flies past me, just above the surface. It seems that I will not be lucky in Loch Ness today. I stay by the surface for a while and I relax and absorb all possible sensations and the beautiful landscape that stretches around the lake.

I leave slowly, but I still hope the Lochness Monster will appear; I keep glancing slowly back, just to check. I continue to another destination in Scotland. But I’ll talk about that another time.

written and photography by Lord Charles