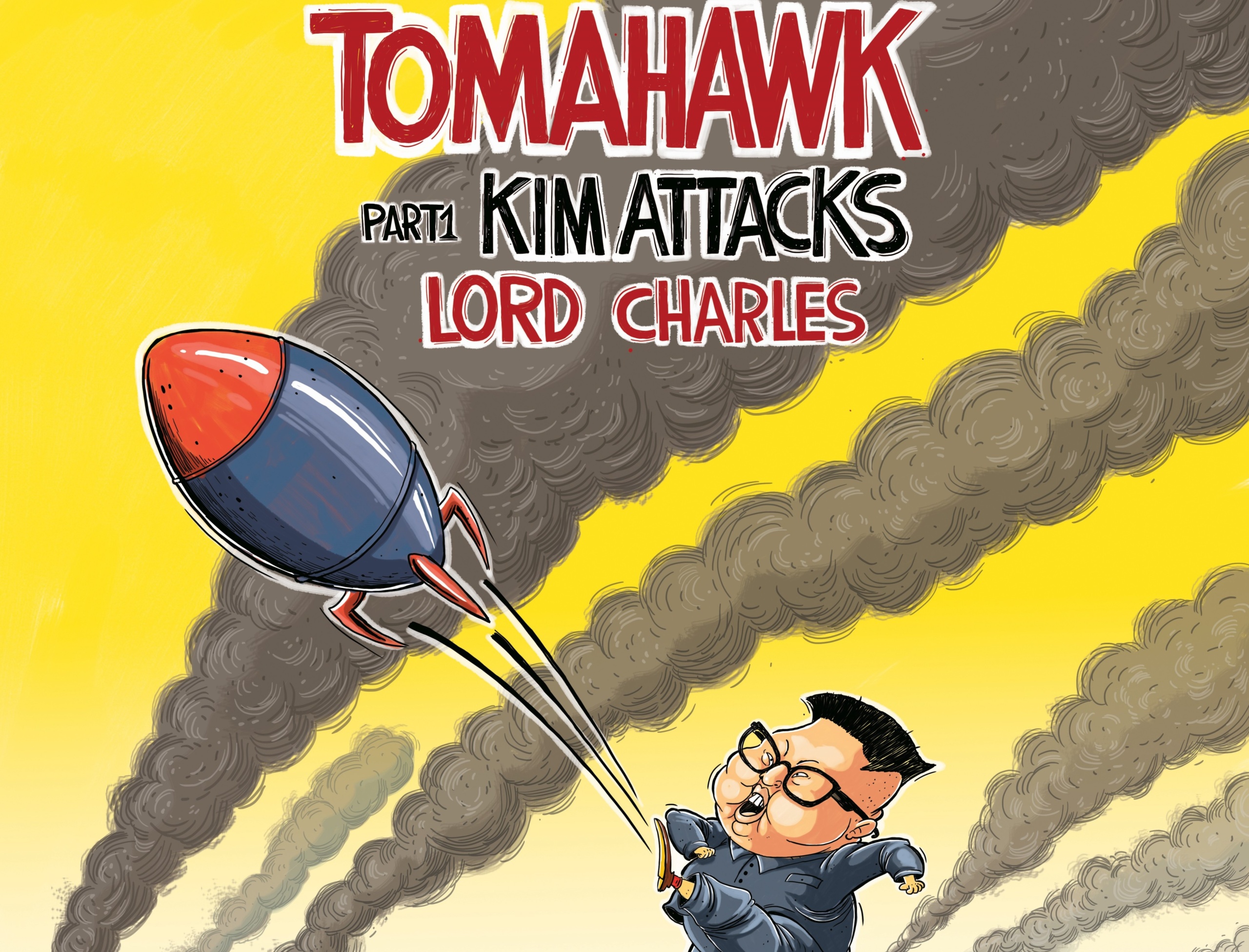 Online streaming services have banned the new single from a quirky London-based artist, due to the artwork being ‘too provocative’.

Far from being deterred, though, Lord Charles plans to release his new track, ‘Tomahawk – Kim Attacks’ on Tuesday, 1 September via his own website www.lordcharles.eu.

His online publisher, TuneCore, asked if he could censor his art – but Lord Charles says by altering the cartoon, the inspiration and message behind the song would therefore be tainted.

Why was the artwork censored in the first place, though? The politically motivated design displays events between North Korea and the USA and illustrates the first of many singles from Lord Charles, all of which express political or global events. Charles, says there will be more politically inspired artwork where his latest single came from, adding: “It’s sad that artists are censored, like artists in the 70s and 80s in eastern Europe in the communism era. What’s worse is that, while artists were censored by governments back then; now they are censored by international companies. I thought the western world was open to democracy, open speech and supporting artists and their creativity.”

“It seems to me the western world followed Eastern Europe in the communism era, where creativity and uniqueness is not accepted. The world lost its open mind and tech giants now try to tell us how we should live, in order to meet their intern rules and become sheep, blindly following and listening to them.”

An angry Charles went on to say: “I cannot accept it. If streaming and publishing companies don’t understand art, humour and satire and have a problem with it, I will release my songs on my own and make them a unique piece of art that will be available on my own websites (and Soundcloud).”

The composition used on the Tomahawk single came to Charles many years ago. When he enrolled on a music course at SAE Institute in London, “I then recently took my former composition and transformed it into modern electronic dance music. I hope people will like it.” he said.

The founder of his own entertainment company, which aims to help artists create what they want without censorship, Charles has put the quarantine period to excellent use and is looking forward to releasing even more new material.

Via his company, Lord Charles Entertainment Ltd, Charles can help you turn your creative vision into something unique from headshots to a musical composition for a film or audio clip.

“I’ve always been a huge fan of music, but after moving to London I discovered my creativity extended far beyond composing great tunes.” says Charles. Releasing his debut album back in 2009, it was rereleased online in 2016, becoming available on music streaming sites worldwide. It’s only a matter of time before his latest album is released; the mix is now complete and Charles hopes to publish it in end-September – watch this space.